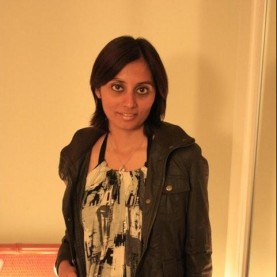 We followed the surging crowds that seemed to be heading in just one direction – towards the Sistine Chapel. With masses of people packed like sardines inside the chapel, it was hard to imagine it as a quiet place of deliberation. But cardinals have gathered here in conclave for centuries to elect new popes, broadcasting their results through smoke signals from a chimney. It’s also the only place in the museum where photography is prohibited. A world of discovery awaited us as we entered the Sistine Chapel – the pinnacle of western art.

The only sound in this serene neighbourhood was the constant whirring of the security choppers patrolling the Hudson. Though there wasn’t much to see in New Jersey, I found its peaceful charm quite endearing. Whether it was driving through Harrison, or checking out the sprawling campuses of New Jersey Institute of Technology and Rutgers Institute at Newark, or bagging great discounts at Newport mall, Jersey Gardens mall, Macy’s, Wal-Mart, BJ’s and Shop Rite, or simply walking along the Pier… New Jersey really appealed to my senses in a way that very few can comprehend.

We got more proof of people’s devotion when we saw children happily mopping the marble steps as people left or entered the hall. Then there were volunteers who were continuously cleaning candle wax from the marble pavement, even as new visitors kept lighting more candles.