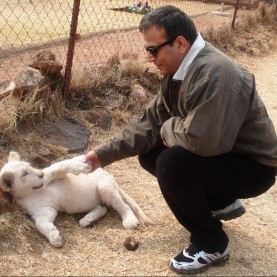 Takht Patna Sahib also known as Harmander Sahib is one of the five Takhts of Sikh. The Takht means “seat of power or throne…

Patna , the capital of Bihar, is located on the southern banks of the Ganges. The city is also situated close to Kosi, Sone…

After enjoying the evening in Nathala , next day morning we checked out from Hotel & proceeded towards Dehradun. There are two routes for…

There are several places on the way to Gangotri which are worth to see. We took almost two days to cover the following places…

In the continuation of my last post “Scenic Spots on the way to Divine Yatra YAMNOTRI”. Next day morning we got up at 5…

Instead of writing directly about my recent trip to Yamnotri & Gangotri I realized that I should give some brief description about the holy state Dev Bhoomi – Uttrakhand so that all the readers can be benefited by enhancing their knowledge to know about this place & I expect the same from the others who already have the information about this Holy state.

Wiesbaden’s history is more than 2000 years old and begins with the Romans. Wiesbaden has been the capital of the state of Hessen since…

In continuation to my Frankfurt journey ,next day morning we left for Mainz and we walked down to Frankfurt Railway station and caught a…

In continuation of Frankfurt Part – 1. In spite of intolerable cold breeze we tried to explore the Frankfurt as much as possible. St….