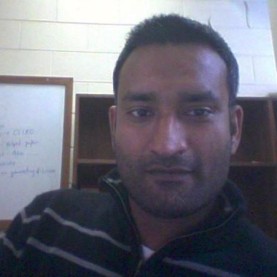 After spending a day in Gangtok, I proceeded to Yuksom, a small town about 150 km away from Gangtok which can be reached via Rwangla or Rangpo. This is the place from where the trek to Dzongri, Goecha La and to the base camp of Mt. Kanchenjunga begins. The way to Yuksom is absolutely gorgeous with marvelous mountain views with green/blue watered Rangit river flowing in the middle of this Himalayn Kingdom. I started of on 27th September for Yuksam via Rumtek and Rwangla. At Rumtek, we gave lift to a couple of people from Rwangla.

Day 3 On third day, we has to get up early as we had to go to Base Camp for our final ascent to…

In October 2011, I went for a trek to Mount Shitidhar, a small peak in Himachal Pradesh. This trek is not a very long…

The entry to Sarchu was amazing. After crossing the curvy path of mountains and snow, one suddenly comes across a vast plain between the high mountains but with little snow cover. There are gorges on one side where a thin stream of Yunam river flows. These gorges have very strange formations which look like pointed erections, possibly caused by wind erosion. The place is bone dry with cracks appearing in the soil with little precipitation even in severe winter when temperatures plummet below -30 degC. However, the place is very windy with wind velocities possibly approaching 40-50 Km/hr making the temperatures feel subzero despite actual temperature being about 5-10 degC. Here, no one lives permanently except a few Army settlements. Reception of cell phone is nonexistent and one really need to live like nomads. We found a camping site where we stayed in the camps. These camps serve you food and bedding and some of them also provide toilets which is indeed a luxury at this place (exposing your bum to morning frost is no fun :) ).